Along with my goal of going to a new place each week, at the beginning of this year I set out to have more activities. I wanted to be a part of something: a class, a group, whatever. I looked into baking classes, cooking classes, various art classes, rock climbing gyms, sewing groups. None of those happened. I joined a connect group from church, but that was it. Then the craziness of summer happened and I was lucky to have even one evening to myself every week. I was not interested in joining classes or doing anything that would make me busier.

But now that it’s the end of September and life is slowing down, I decided to give it another shot. I got a catalog of classes run by the Toronto school board for the fall season in the mail, and it caught my eye. I looked through it and one of the classes that caught my attention was screen printing. It’s something I’ve always wanted to try out, ever since I learned about it in high school. After looking into the class though, I discovered that these classes run by the school board tended to be a hit or miss. Sometimes instructors wouldn’t show up; information wasn’t communicated in a timely manner. So I decided to look for screen printing classes elsewhere.

That’s where I found the Harbourfront Centre Craft & Design Studio. They have a number of artists in residence there and sometimes they run classes. An artist named Deniree Isabel is a textiles artist and runs silk screen printing classes. They’re only 5 weeks long, 3hrs each week. But it seemed like a good way to get into the craft.

Much to my excitement, we got to try the first method, open screen printing, that first class. We got to pick a design and were ‘sent off’, as it were, to screen print. I decided to do a fairly simple design but something that also seemed cool and hip. Thus: the Monstera leaf. I made it a two colour stencil, meaning I had two different stencils that were printed at two different times with one colour for each.

I’m really excited about how well it turned out, especially given it’s my first time! 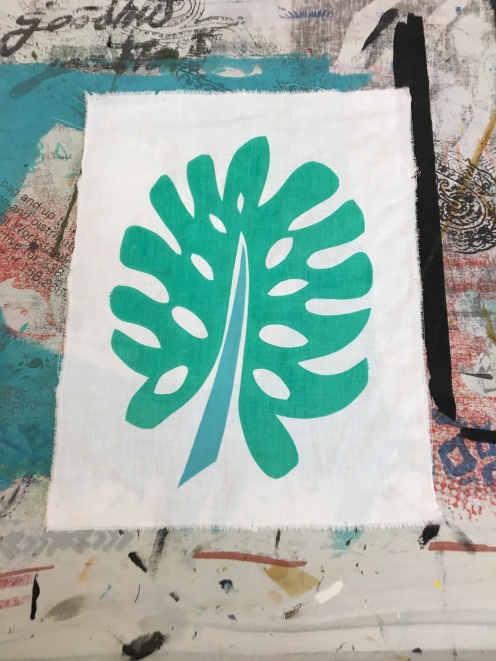 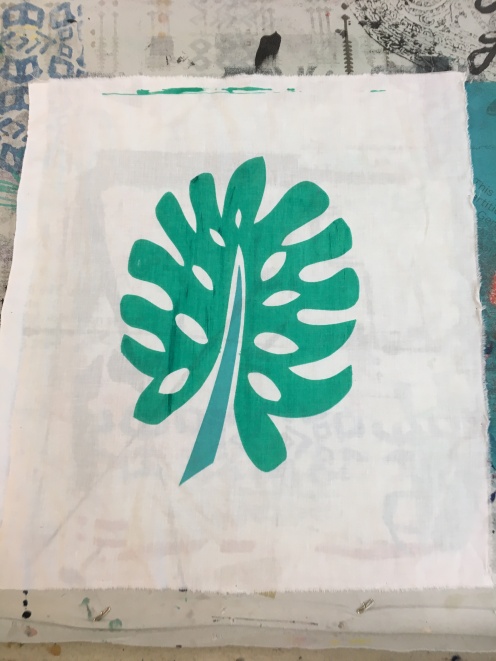 Other new place this week:

Living in Toronto, but exploring the world View all posts by Heather